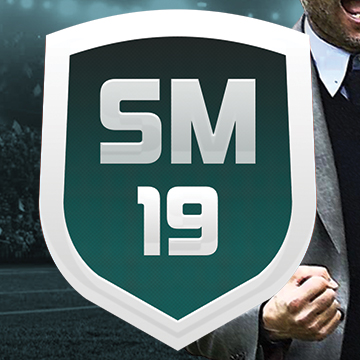 Soccer Manager 2019 was officially released on Android on 31 October and Apple on 3 November. It is currently available to download from the Play Store and App Store in the following territories:

The game is supported in: English, French, German, Italian, Portuguese, Spanish and Turkish.

It will be available on both Facebook Gameroom and Steam at the end of November.

The game will be released shortly in both the App Store and Play Store in Asia and the following countries: Algeria, Egypt, Morocco, Russia, Sudan, Tunisia and Ukraine.