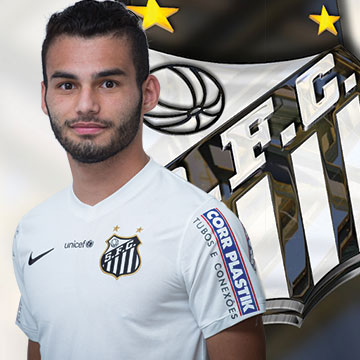 Brazil’s poor performances in the USA during the Copa America Centenario is a clear indication that the bad times are not yet over for the Carioca. Next up are the Olympic Games in Rio: Adenor Leonardo Bacchi, who succeeded Dunga as the Brazilian national coach, has the hard duty of winning the gold medal in football, and is being put under huge pressure by the expectations of a whole nation.

Dunga’s failure was evident. As a player he won a World Cup and as a coach he has only led Brazil to victory in 2007 and 2009, winning a Copa America and a Confederations Cup. Since then he has faltered in every competition in which he has been involved.

But now, at the Olympic Games, it’s time for the youngsters to seize their opportunity and return Brazil to the top of the football pyramid. Playing in a similar role to that which Dunga occupied when he was a player, there is a young Santos prospect called Thiago Maia.

He was born in Boa Vista, which is the only capital city of a Brazilian state that is situated above the equator. He started playing football in Sao Caetano at the age of 13 and was bought by the Peixe one year later.

Everyone knows Santos’ reputation for cultivating young talents, so this move was a crucial step in Maia’s growth.

He’s now 19 years old and his qualities are growing fast, even though his recent performances have not been of the highest standard. He’s a physical midfielder, who is fast, strong and quick on his feet. He possesses good ball control and passing qualities, but his best quality is his defensive abilities: he’s very good at marking, heading and tackling.

His mental approach is aggressive but balanced: he’s purposeful, brave, composite and plays for his teammates.

However, he has to improve some of his technical abilities, such as dribbling and shooting from range to become a better and more rounded player, because as a central midfielder these would be very useful qualities to have. Mentally he could be more focused and resolute in his decision making to reduce the number of errors he makes on the field of play.

As with a lot of Brazil’s young prospects, he is being targeted by a host of big European clubs, such as Manchester United, Fiorentina and Milan to name but a few. Surely he won’t move from Santos during the Olympic Games, but this summer could be an important one for this young prospect who has to be impressive in Rio.

Will he become the next star of Brazilian football?

Marco was born in Rome and supports Inter because of Luiz Nazario Da Lima Ronaldo. He is a Brazilian citizen because of his father’s roots. He played futsal for several years, even in the FIGC (Italian FA) as a winger, playmaker and striker. He is now studying for a degree in finance.