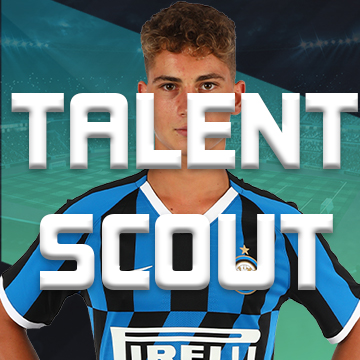 Esposito became the youngest player to feature in a match for Inter when he made his first team debut aged just 16 in last season’s Europa League match against Eintracht Frankfurt.

This season he has been afforded more opportunities, including substitute appearances in the Champions League games against giants Borussia Dortmund and Barcelona, and with star striker Lautaro Martinez injured on Saturday, Esposito was handed his first start by manager Antonio Conte.

The partnership of Martinez and Romelu Lukaku has been key in Inter’s magnificent start to the season, with the duo bagging 20 league goals between them in Conte’s 3-5-2 system, but Conte will be pleased that Esposito offers him an alternative in attack.

Esposito is a centre forward who can also play deeper, with good movement and finishing as shown by his 25 goals in 37 appearances for Italy at youth level. Although he is unlikely to displace Martinez or Lukaku yet, he should get plenty more opportunities to cement his place as Inter’s third choice striker as Inter aim to win their first Scudetto since 2010.