The Next Generation Of Manchester United Stars 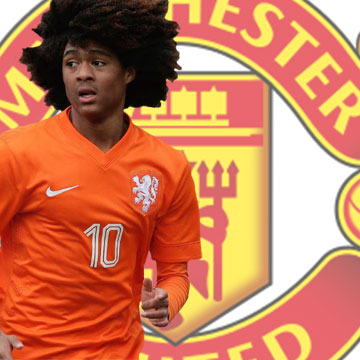 Manchester United have a long and proud tradition of developing young prodigies into first-team stars.

From the Busby Babes of the 1950s which included the likes of Bobby Charlton and Duncan Edwards, to Fergie’s Fledglings in the ‘90s — made up of club legends Ryan Giggs, David Beckham, Paul Scholes and the Neville Brothers – right through to today’s homegrown star of Old Trafford, Marcus Rashford.

In fact, there has been a youth team graduate included in every single one of United’s matchday squads since October 1937, a record which is a badge of honour for both the club and its supporters.

But last season, the Red Devils’ youth set up came in for some criticism. With the under-18s side enduring dreadful run of form which eventually saw coach Paul McGuinness lose his job, it was suggested that the club had not paid proper attention to their academy in recent years.

Some observers noted that while United were chasing big-money signings for the senior squad, the academy had been forgotten about and had fallen behind the likes of Manchester City and Chelsea in terms of both recruitment and facilities.

The twenty-time champions of England seem to have set about addressing those concerns, though. Former United midfielder Nicky Butt has been appointed to oversee the club’s youth development system, and top youngsters are once again being recruited.

Here are three stars of the United academy worth keeping an eye on.

He may have only turned 16 at the end of August, but Angel Gomes has already got plenty of people excited in and around Old Trafford.

The diminutive attacking midfielder has drawn comparisons to none other than Barcelona superstar and five-time Ballon d’Or winner Lionel Messi. With his low centre of gravity, phenomenal dribbling skills and eye for a killer pass, it’s easy to see how Gomes has been likened to the legendary Argentinian.

The London-born youngster is already an England international at youth level, and has made the step up to the under-18s side at United this season, although he made his debut at that level as a 14-year-old.

The son of a Portuguese journeyman footballer, Gomes was signed by United as a 13-year-old and, due to his immense talent, has consistently been played at higher age groups.

Earlier this season, in the week of his 16th birthday, Gomes came off the bench to bag a hat-trick against Everton’s under-18s and captained the England under-17 team.

He is able to play on either flank or centrally as a striker, but Gomes’s talents best suit the number 10 role, where his dribbling and passing can wreak havoc on opposing defences, while his eye for goal will see him finding the net regularly.

United snatched 16-year-old Dutch winger Tahith Chong from Feyenoord in the summer, and the youngster has already shown signs of the player he could become for the Red Devils.

A throwback to the era of traditional wingers, the wild-haired Chong loves nothing more than to beat his opposing full-back around the outside and look to pick out a team-mate. With a left foot that is surprisingly cultured for one so young, the Curacao-born Netherlands under-17 international is able to shoot and cross accurately and effectively.

It’s still early days for Chong within the United academy, but his skill-set would thrill the Old Trafford faithful if and when he is able to represent the senior side. United fans have been yearning for the kind of wing-play upon which Sir Alex Ferguson’s great sides were built, with Giggs, Andrei Kanchelskis and Lee Sharpe flying down the flanks. Chong could be the man to bring that back.

Belgian youngster Indy Boonen signed a three-year deal with United in 2015, and has wowed those who’ve seen him play with his YouTube friendly repertoire of tricks.

The 17-year-old has a wand of a left foot, and has produced some exceptional assists while playing for the academy teams, which have been compiled into highlight videos online.

Capable of playing on the left of midfield, Boonen will most likely find a central attacking role being the position he develops in.

Boonen’s father, Jacky, played professionally in Belgium, but is under no illusion as to where the talent lies in the family: “I used to play for Lierse, Lokeren and Beveren but my son is a much bigger talent.”

Last season, only Marcus Rashford outscored Boonen for the under-18s, and this term he has continued to impress. In the same game against the Everton academy in which Gomes scored a treble, the Belgian teenager produced a jaw dropping assist.

After a run from outside the box, Boonen’s shot was saved by the Toffees’ goalkeeper. But without breaking stride, he back-heeled the dropping ball past a defender before rounding the goalkeeper and squaring unselfishly.

Along with Chong, Boonen was recently named in The Guardian’s Next Generation list of the 60 best players born in 1999.

Ryan is a Midlands based freelance sports writer specialising in European football. He has been fascinated with the continental game ever since he was presented with his first football kit at the age of 7 whilst on holiday in Spain – a Barcelona shirt with ‘Romario 10’ on the back. A contributor to numerous footballing websites, Ryan has also covered martial arts for local and natioal print publications.