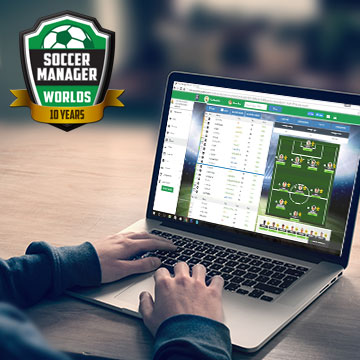 There are going to be many changes to SM Worlds coming in the following months that will move the game in many ways back more towards what it used to be in the years gone by.

We will be working through a whole range of issues to improve the game and forum.  It’s your game and we want and need you to work with us to improve every aspect of it.  We will also be very transparent on the changes we are doing.

Every few weeks a batch of changes will be placed in the game and they will be logged so that you are all aware of the changes.  We will also be asking for your help shaping the future changes we do.

We want to ensure we remain a community driven game and if we are going to do it then we will need your help to achieve it.

Delete message icon to something more subtle and less prominent

Also changed the news feed comment icon to something sharper

Standard and Gold Game Worlds has now been merged into a single My Clubs, with an Add Club box at the end of the list of clubs (or an Extra club Slots box if the user cannot manage any more clubs).

Player Star Rating UI: The star behind the player rating has been removed except for the following places:

Competitions: your own club is now highlighted on the Tables screen.

SMFA Cup / SMFA Shield: Group tables are hidden except for the group the users’ club is within.

Added ability to select multiple players on the squad page and have the option to add the selected players to the loan list or to switch them between the youth and first team.