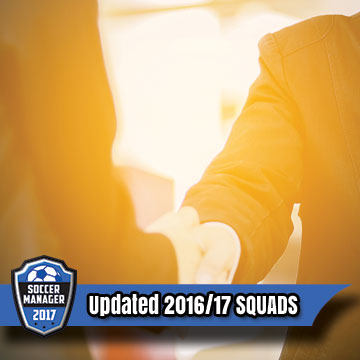 The European transfer window has recently closed. The only European heavyweight to splash the cash was PSG. The Parisians signed Julian Draxler and Gonçalo Guedes from Wolfsburg and Benfica respectively for a combined fee of £59M.

Chelsea and Man Utd didn’t make any new signings but sold off unwanted players for significant sums. Oscar headed to Shanghai SIPG for a staggering £52M and was followed by John Obi Mikel whose contract was expiring in the Summer. The Londoners also off loaded out of favour Branislav Ivanovic for an undisclosed sum to Zenit. Morgan Schneiderlin and Memphis Depay finally departed Old Trafford for Everton and Lyon respectively for a combined fee of £33.07M.

Marseille have new owners and were keen to make their mark in the transfer window. Dimitri Payet returned after an 18 month spell at West Ham for £24.91M. He was joined by vetran Patrice Evra from Juventus and up-and-coming midfielder Morgan Sanson from Montpellier.

The database on Soccer Manager is powered by Soccer Wiki, a community driven database. Now that the transfer window has closed all of the squads in the European leagues have been updated to include the most recent transfers. So why don’t you head over to Soccer Manager 2017 and start a new career?