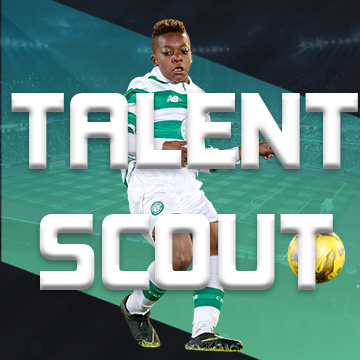 Karamoko Dembélé first attracted media attention in October 2016 when he made his debut for Celtic’s under-20 development team at the age of just 13. Unlike many players who are advanced far above their peers, Dembélé is not bigger or stronger than players his age.

Dembélé has continued his rapid rise to the first team squad, making his full first team debut in May 2019 against Hearts. At just 5 foot 3 inches, the tricky left footed winger showed no fear in the game, constantly getting on the ball and running at the Hearts defence.

Dembélé became the youngest ever player to play for a Scottish team in European Competition in December 2019 when he came on as a late substitute against CFR Cluj.

Born in London to Ivorian parents, Dembélé moved to Glasgow as a baby, and thus has the choice of playing International football for England, Scotland and Ivory Coast. He has already represented England and Scotland at youth level.

Playing for a big club with high expectations at such a tender age shows Dembélé has the mentality to match his incredible pace and technique, and he could follow in the footsteps of recent Celtic players like Virgil Van Dijk, Kieran Tierney and his namesake Moussa Dembélé in making the move to one of Europe’s biggest leagues.