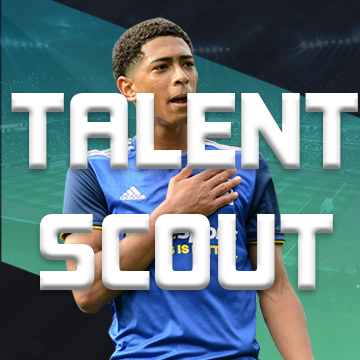 The Championship is one of the most unforgiving Leagues in Europe. The mammoth 46 game season is relentless and not the ideal environment for a young player making their first steps in the game. This makes the form of 16 year-old Jude Bellingham all the more remarkable.

Despite only turning 16 in June, Bellingham has already established himself as a regular in Birmingham’s midfield. Bellingham has 4 goals in his 19 starts and 7 substitute appearances for Blues, which has attracted the attention of the likes of Manchester United, Chelsea, Arsenal and Wolves.

Bellingham possesses a well rounded skill set. He is physically advanced for his tender years, which allows him to press and tackle aggressively but he is also composed on the ball, with an eye for a pass and a goal as well as being a good dribbler.

Bellingham captained England under-17’s to victory at the Syrenka Cup in September 2019 and his performances earned him the player of the tournament award. He followed this up with November 2019’s EFL Young Player of the Month award.

Manchester United are reportedly making a big push to sign Bellingham this month with talk of a £30m bid being in the pipeline but Bellingham would be wise to stay at St.Andrews for the foreseeable future, developing his game and gaining even more experience under the guidance of Pep Clotet.