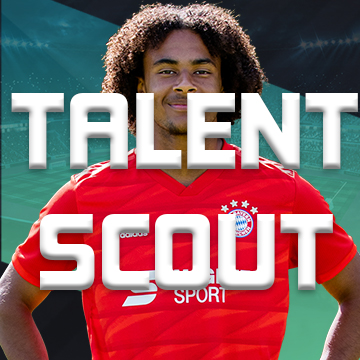 It has been a week to remember for 18 year-old Dutch striker Joshua Zirkzee, who has twice come of the bench to score late goals for Bayern Munich.

Zirkzee joined Bayern in 2017 from Feyenoord, and has played for Bayern II over the past couple of seasons. He made his debut for Bayern’s first team as a late substitute in the final Champions League Group game against Tottenham on December 11th.

He followed this up with a late appearance against Freiburg, with the game tied at 1-1 after 90 minutes, Zirkzee was summoned from the bench, and he immediately scored the winner.

A few days later against Wolfsburg, Zirkzee was again a late substitute, and again scored within minutes to put the Bavarians ahead in a game that they went on to win 2-0.

Bayern have struggled to find a good back-up number 9 for their star striker Robert Lewandowski, but 6 feet 4 inch Zirkzee could be the perfect deputy.

At such a young age, he will happy to play second fiddle to Lewandowski and there is nobody better to learn from than the Pole, who is arguably the world’s best centre forward.