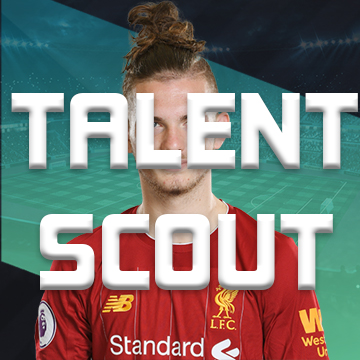 Liverpool fielded the youngest team in their history in Tuesday night’s Carabao Cup quarter final defeat to Aston Villa, and one player who caught the eye for the Reds was the youngest player on the pitch, 16 year-old winger Harvey Elliott.

Elliott became the youngest player to play in the Premier League when he debuted for Fulham in May, aged 16 years and 30 days, and this summer he made the move to Merseyside, despite interest from both Real Madrid and Paris Saint-Germain.

Elliott had played in the previous two rounds of the Carabao Cup, not looking out of place as Liverpool saw off MK Dons and Arsenal with a mixture of squad players and youngsters.

A left-footed right-winger, Elliott likes to come inside from his flank and link the play, with an eye for a pass and the ability to go past players he is always a threat and he has already caught the eye of Jurgen Klopp, and trains regularly with the first team.

Training with the current league leaders and European Champions is a great place to be at such a young age, and Elliott has all the tools needed to reach the top with both Liverpool and England in the future.