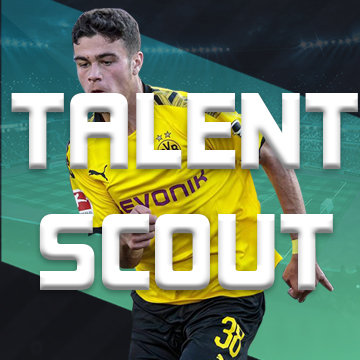 Erling Haland is grabbing all the headlines at the moment, and he scored another goal in Borussia Dortmund’s 3-2 cup defeat to Werder Bremen on Tuesday night. The scorer of the other BVB goal is also destined to have a bright future in the game.

17 year-old Giovanni Reyna became the youngest ever goalscorer in the DFB Pokal when he received the ball 25 yards from goal, jinked past 3 players and curled a beautiful right footed finish into the far top corner from the edge of the penalty area.

Like Haland, Giovanni was born in England and is the son of a former Premier League player. Born in Sunderland, Reyna’s parents Claudio Reyna and Daniella Egan were both US Internationals and Reyna was named after his father’s former Rangers teammate Giovanni Van Bronckhorst.

Giovanni Reyna is a US youth international and it surely won’t be long until he follows in his parents footsteps and becomes a full international for the United States.

Reyna replaced former Dortmund star Christian Pulisic as the youngest American to ever appear in the Bundesliga when he made his Dortmund debut as a late substitute against Augsburg on January 18th and he has since gone on to make 3 more sub appearances.

Alongside Haland and Jadon Sancho, Reyna could complete an incredibly exciting all teenage front three for The Black and Yellows, and all the early signs are that he posseses all the tools to enjoy a great career in the game.yo