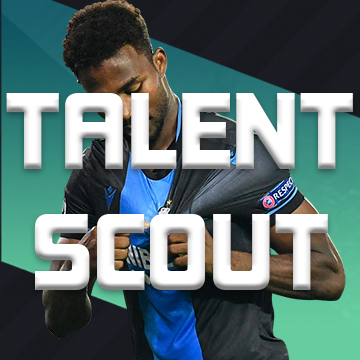 Club Brugge stunned Real Madrid at the Bernabeu last night, racing into a 2-0 half-time lead at the home of the 13-time European Champions. The star of the show was 21 year-old forward Emmanuel Bonaventure Dennis who scored both his sides goals to earn a creditable 2-2 draw.

The newly capped Nigerian international frightened the much vaunted Madrid defence with his pace and completed three take-ons to add to his goals on what was a Nigerian Independence day that he will never forget.

Dennis made the move to Europe in 2016, signing for Ukrainian side Zorya Luhansk. After six goals in his 19 starts for the Premier Liha side, Dennis was snapped up by Club Brugge for a fee of €1.2 million, and made an immediate impact with five goals in his first six games for his new club.

The Yola born frontman has scored 7 league goals in each of his two full season with Brugge, and was linked with moves to both Arsenal and Manchester United over the summer. He ended up staying in Belgium and has now cemented himself as a key player for the First Division A league leaders.

Comfortable either as a winger or central striker, Dennis’ two goal haul last night will certainly have brought his talents to the attention of the Footballing World, and it would be no surprise to see him make the move to one of Europe’s big Leagues either in January or at the end of the season.