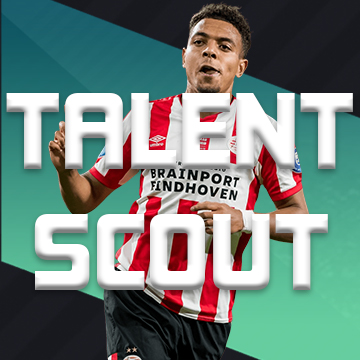 After failing to qualify for both the 2016 Euros and the 2018 World Cup, the Dutch National Team are enjoying something of a renaissance under the guidance of Ronald Koeman.

Key to the revival have been the youngsters Matthijs de Ligt, Donny van de Beek and Frenkie de Jong who made their name at Ajax, but it is the Amsterdam club’s title rivals PSV who have the hottest young striker in the Eredivisie in Donyell Malen.

Malen began his career in the same Ajax youth team as de Ligt, but moved to Arsenal at the age of 16. After finding his pathway to the first team blocked, Malen moved back to his homeland in August 2017, joining PSV for a cut price £200,000.

His first season was spent with Jong PSV and he scored 13 goals in the Eerste Divisie to earn himself a promotion to the PSV first team squad for the 2018/19 season. Although most of his appearances were from the bench, Malen showcased his eye for goal, scoring 10 times as PSV ran Ajax close for the Eredivisie title.

Following Luuk de Jong’s move to Sevilla this summer, Malen became PSV’s first choice striker and he has not looked back with an incredible 16 goals in 18 games already this term.

This form earned Malen an international debut in the Euro 2020 qualifier away to Germany, and the young striker did not disappoint, coming off the bench to score in an impressive 4-2 victory for the Dutch against their great rivals.

Malen’s form will not have gone unnoticed around the big clubs of Europe, and if he continues his rapid development he may follow the likes of de Ligt and de Jong and make the move to one of the Superpowers of European football and establish himself as a key player for the Netherlands.