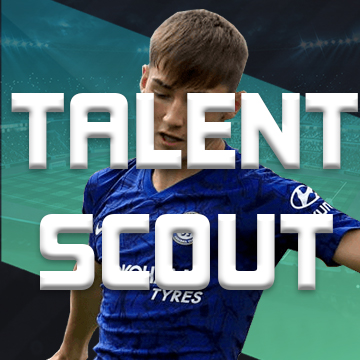 Chelsea have one of the best youth academies in England and this season the arrival of Frank Lampard as manager coupled with a transfer ban, the Blues have given first team chances to a number of promising young players.

English youngsters Tammy Abraham, Mason Mount, Fikayo Tomori, Reece James and Callum Hudson-Odoi have all become regulars in the matchday squad, but on Tuesday night it was a young Scot who stole the headlines as Chelsea dumped Liverpool out of the FA Cup.

18 year-old central midfielder Billy Gilmour was given a start against the Champions elect as the deepest of Chelsea’s 3 man midfield. He produced a man of the match performance, showing why his passing range, ability on the ball and footballing intelligence has earned him comparisons to Luka Modric.

Gilmour came through the Rangers academy but moved south of the border aged only 16 in 2017, for an initial development fee of just £500,000. A year later he signed his first professional contract at Chelsea and this season he has been fast racked into the first team squad.

He made his senior debut as a late substitute against Sheffield United in August, and has since gone on to start EFL Cup ties against Grimsby and Manchester United, before his excellent performance on Tuesday night.

Gilmour followed up his man of the match display against Liverpool with another man of the match display against their Merseyside rivals Everton yesterday as Chelsea won 4-0. This was his first Premier League start but he wasn’t fazed by the occasion, showing incredible maturity controlling the midfield and allowing Ross Barkley and Mason Mount to join the attack as the Blues spoiled Carlo Ancelotti’s return to Stamford Bridge.

With the current injuries in Chelsea’s midfield, Gilmour should get plenty more opportunities to shine as Lampard’s men try to consolidate their place in the top four and qualify for next season’s Champions League.