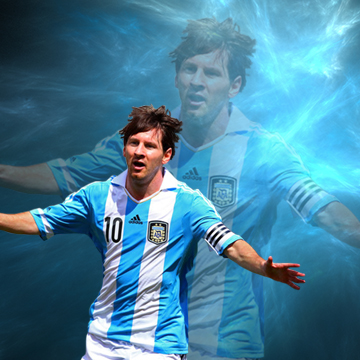 Lionel Messi surpassed Gabriel Batistuta to become Argentina’s highest goal scorer during their 4-0 victory over the USA. The 28-year-old Barcelona striker took his tally to 55 goals after converting a sublime free-kick to put Argentina 2-0 up against the hosts.

Messi, who turns 29 on Friday said “I am happy to have surpassed Batistuta’s record and I want to thank my team-mates, it’s theirs as well.”

The strike was his fifth in the Copa América Centenary and he currently lies one behind Chile’s Eduardo Vagas despite missing the first three games of the tournament with a back injury.

The 5 time Ballon d’Or made his debut for Argentina in 2005 in a friendly against Hungary when he came on in the 63rd minute. He has since gone on to win 112 caps for La Albiceleste. This places him fourth on the all-time list behind Javier Zanetti (143), Javier Mascherano (128) and Roberto Ayala (115).