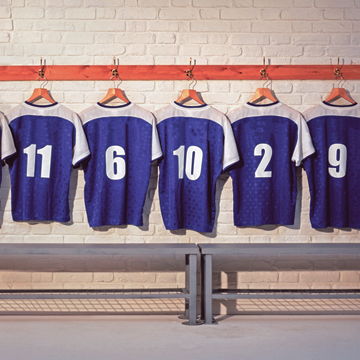 In my last article titled “End of Season Musings in SM Worlds” I said that my Castilla in Gold Championship 7 (Game World ID 3065) had now completed a full season since the changes that we made to the player concerns feature.

Last season I had 21 first team players with an average rating of 92. I ended up winning both the Spanish league and SMFA Cup and reached the semi finals of the Spanish Cup. I also had a successful season off the pitch as I made a profit of 89.7M (or 19.7M if you exclude my transfer activity).

However, what I’m impressed with the most is that during the course of the season not one single player developed a concern. Before the season started I thought that I’d be hit hard by the changes that were made due to having numerous high rated players. I made one or two transfers because you could argue that I had one to many high rated attacking players. This meant that I went into the season with a more balanced squad.

The following is from the Help article titled “Player Concerns”:

Throughout the season I rotated when required due to playing additional domestic and continental cup games as well as having players injured or suspended. This ensured that my squad players got sufficient game time as well. I also made use of substitutions because irrespective of what minute a player is substituted on it is classed as half an appearance. All of this meant that I didn’t fall foul of the rules that are in place governing player concerns.

It also helps that in my squad I don’t actually have any players that I don’t need. I think this is important because sometimes you can keep hold of players just for the sake of it. This can cause problems because you are then required to give them game time at the expensive of players you actually value. This has happened in Gold Championship 7 (Game World ID 3065) and it has come as no surprise to see those players handing in a transfer request.

Having a glance at the current Concern List and then looking at it in further detail you can easily understand why they have concerns. For example there is a 90-rated goalkeeper currently on a Level 3 concern due to Lack of Games. He has played 18 games over the past 2 seasons. It makes you wonder why they haven’t tried to use him to get an outfield players because their current No1 is also a 90-rated. The manager simply needs to make a decision of which goalkeeper he prefers and/or who has the greatest potential.

There are numerous other examples but I won’t go into them all. However, I will state that if you have a lot of players that are similar rated and for the same position then you will run into problems. This is because they will all expect to play the same number of games over the course of the season and you’ll struggle to keep them all happy.

There are some players on the Concern List who don’t fall into the above category and I’ll explain why they are different. I always keep my eye on the list and there are players on there that’ll make you scratch your head wondering why the manager isn’t playing them. However, when you look into it further you’ll notice that 9 times out of 10 it’s because the manager doesn’t log in regularly. This means that they aren’t rotating their squad and are playing the same team week-in-week out. Naturally when this happens their players will develop concerns and rightly so.

So what advice would I give? Keep a well balanced squad. Rotate your players.  Make use of substitutions. Finally sell players that you don’t need and don’t simply hog them for the sake of it. After all, if you’ve got the following to choose from: 94, 94, 96, 94, 99, 95, 94, 93 and a 99 for your attackers (yes this is a real example that I’ve come across), then you can’t complain when they are developing concerns because that is player hogging plain and simple.