Why Do Great Teams Come to an End on Soccer Manager? 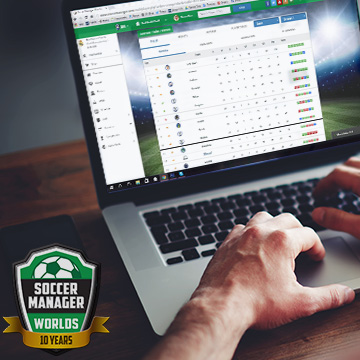 The great Hungarian manager, Béla Guttmann, managed 22 different clubs in 13 different countries. He never stayed at a club more than 3 seasons because by his own admission, “the third year is fatal”. His theory was that if a manager stays at a club more than that, his players became bored or complacent and their opponents began to work them out.

There is some truth to three years being the maximum lifespan of a great team but there are many specific causes for this. I’d argue that one of the biggest problems is that players get old and therefore a solution to this problem is for the manger to stay put and for the players to change. This is the strategy that Sir Alex Ferguson used during his 26 years at Manchester United and also what Arsène Wenger has done in the 20 years he has been the manager of Arsenal.

I’m fully aware of the dangers of building a great team and being content with what you have because you are winning honors on a regular basis. I’ve seen this happen in Game World ID 3065. However, you should never let your team stagnate as I believe that you need to be consistently active in the transfer market to ensure sustained success.

I stay ahead of the game using the methods i’ve outlined in “Advice on How to be Successful in the Transfer Market“.

Bayern Munich have completed back-to-back domestic doubles and won the Bundesliga three years in a row. However, they’ve already signed Renato Sanches and Mats Hummels ahead of the 2016/17 season to “freshen-up” their team. Last Summer Douglas Costa, Arturo Vidal, Joshua Kimmich and Kingsley Coman were signed. This is a nice balanced mixture of up-and-coming talent as well as established players.

Bayern already have a good team but are keeping it fresh with their latest signings. They’re stopping it stagnating and going into decline. Numerous clubs that are well managed do this year after year. That’s why it’s no surprise to see these teams have sustained success year after year.

I wrote an article earlier in the year titled “Advice on How to be Successful in the Transfer Market“. In the article I talk about the strategies that i’ve used over the years and still do even now. The article ties nicely in with what i’m writing now because I use those strategies to keep my team fresh and to prevent it stagnating and going into decline.

I never stand still in the transfer market. I’m constantly assessing my team and deciding who to keep and who to sell. This way I’ve always got a competitive team full of established players at or near their peak as well as up-and-coming players with lots of potential.

I’ve seen some good squads stagnate and then decline in Game World ID 3065 over the years. This can happen to anyone if you aren’t on the ball, all players eventually decline but some faster than others. It’s not just in my Game World that this happens in but others as well. Just join an old Game World and you’ll see many fallen giants and clubs that were once minnows dominating.