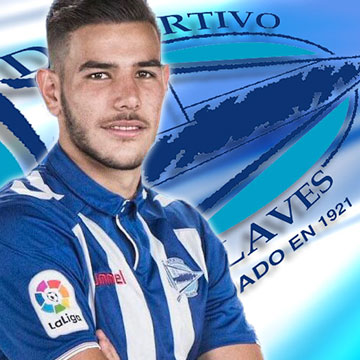 Footballing brothers usually get a lot of attention and Lucas and Theo Hernández are no different. The brothers are regarded highly across Europe, both are defenders and are on the books of Atlético Madrid. Their father, Jean-François, was also a defender and he too played for Atlético Madrid.

During the summer both Manchester City and Barcelona showed interest in the brothers and asked about their buyout clauses. No concrete offers materialised and even if they did, Atlético would have turned them down.

Atlético recently tied younger brother Theo to a new contract until 2021. They then sent him out on loan to newly promoted Alavés, “…in order to maintain his excellent progression and seek the playing minutes necessary for his growth in football.”

The loan move made perfect sense because he was guaranteed playing time at the top level. This is something that he couldn’t be guaranteed by Simeone despite being key to the Rojiblancos’ academy Juvenil team that won both the league and Copa del Rey titles last season.

Theo made his professional debut against Sporting Gijón last month starting at left-back. He then featured in their next game at centre-back as Alavés claimed a historic win at the Camp Nou. In his last game for Alavés against Deportivo, he started once again at centre-back. He has looked comfortable in both positions which highlights the Frenchman’s versatility.

In addition to his versatility, he likes to get involved going forward, as he is a very attack-minded player who can aid his team not only defensively but offensively. The defender has endless energy and this coupled with his physical strength and powerful running make him an incredibly useful asset.

Despite being only 18-years-old, he is a very confident player, and this is shown when he plays. He is also very good at reading the game and has excellent anticipation. He is tenacious, fearless and good at timing tackles. If you were to compare him to another player, it would be to Chelsea’s Marcos Alonso.

Atlético currently has a transfer embargo and can’t sign any players until the January transfer window in 2018. Theo is only on loan at Alavés for one season. This looks like a shrewd move by the club as when he returns to the capital next summer; he will be a more experienced player and like a new signing for Simeone.